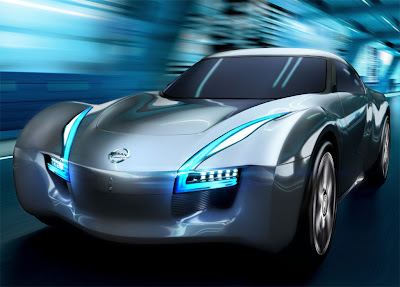 Although we may not yet be in the age of flying cars zipping from city to city powered only by the sun, there are many innovations that might soon revolutionize the way we travel via automobile in the near future. This, of course, will only keep us interested until Jet Packs and Hover Boards are finally invented. Cowabunga!

Here are some new technologies that may redefine our driving experience in the years to come.

“Engage Auto-Pilot” you say as you lean back in the driver's seat to switch on the television and make yourself a PB&J sandwich. This scene might feel like it's out of science fiction, but the fact is that self-driving technology is the most plausible innovation in our car-driving future. There are already many prototypes in existence, pioneered by Google's 'driverless cars'. First invented as a way to provide street view photos for Google Maps, these cars have been relatively successful in utilizing a cutting-edge combination of cameras, sensors, and advanced computing to safely operate on certain streets completely driver-free.

Massive semi-trucks have been a constant source of danger on the road. Their cargo, often a few cars or more in length, creates a moving wall that blocks vision and mobility on freeways. These blind spots amount to one of the leading causes of accidents and fatalities while driving. A new technology seeks to remedy this problem by projecting the corresponding image onto the broad sides of the freight trailer. This way the truck becomes a giant movie screen featuring a view of vehicles or hazards that would normally be obstructed. While the science behind this type of projection still has a long way to go before it's affordable enough to be slapped on the sides of a semi-truck, huge breakthroughs are being made every year.

A windshield that notifies you of oncoming hazards by pointing them out with flashing arrows? Or that illustrates a better route by rendering a dotted line on the road ahead? You've probably seen things like this in nearly every sci-fi movie – a screen that projects useful information directly onto your line of sight. The truth is that these 'augmented reality' windshields are already a reality in some luxury cars available today. While current technology can only project information such as your speedometer and fuel gauge, eventually engineers hope to integrate advanced computers and sensors to interact with the holographic display. Thus your car would become a sort of control center, using symbols and text to inform you about essential driving information as needed in real-time. The only disadvantage is that you might start driving like you're inside a video game.