Your car's warranty is a precious thing to lose, yet it is very common for individuals to unknowingly void with warranty.

Here are some common mistakes that people make:

While it is important to maintain your warranty, this does not prevent you from personalizing your car our making modifications. Just be aware that if there is a modification made to a specific part of your car and it fails, you may not be covered under your warranty. You can still be covered under your warranty as long as the parts you modified are not the cause of the problem. If you are considering modifying your car, contact us first for more information.

Learn More About Our Lifetime Warranty 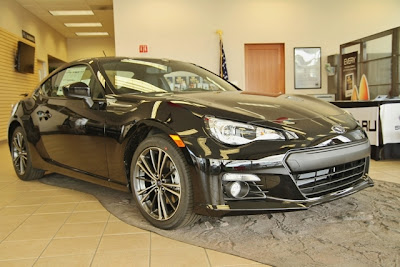 The adrenaline pumping, wheel burning, and engine revving moments of chase scenes are some of the most memorable parts of the movies we love. No self respecting action movie can do without a good old fashioned 'pedal to the metal' chase through crowded city streets or careening off of mountain cliffs. Here are some amazing scenes that you might consider watching in the near future, or that you remember fondly watching with white knuckles and sweaty palms.

Warning: While a healthy appreciation of cinema is always encouraged, like most movies, reenacting them in real life is considered foolish and extremely dangerous.

The recipe is simple: a tiny car, narrow streets, Paris, a staircase, and a gang of police officers on strangely acrobatic motorcycles. Combined you get one of the most thrilling chase scenes in movie history. The amnesia plagued spy Jason Bourne, played by Matt Damon, finds himself being hunted by the local 'fuzz' and is forced to drive a less than pristine vintage Austin Mini Cooper down the winding streets of Paris. In one instance the tiny car even climbs and descends a small stairway to avoid authorities. The picturesque setting mixed with the unrelenting pace of the pursuit combine to serve a thrilling cocktail of narrow misses, driving against traffic, and generally giddy lawlessness.

Steve McQueen defined the art of the car chase with this iconic scene. Unlike the brash, wild, and teeth clenching speed of most action movies today, this movie approached the cliché with subtly and a masterful sense of tension. It starts slowly enough: the renegade cop Bullitt, played by the stoic McQueen, notices that two goons are following him. The speeds build as they wind their way up and down the hilly streets of San Francisco. Finally, when he fails to shake them off the gentle way, Bullitt revs up his 1968 Ford Mustang GT and the cars are rocketed into an all out race. Nearly flying over the steep roads of the city and out into countryside, the hitmen eventually meet their end in a fiery crash. One of the main elements of this scene that made it so 'cool' was the fact that no soundtrack played during most of the chase, allowing the sounds of the engines to come through clearly. Ford Mustang sales skyrocketed shortly after.

In this classic lampoon of all chase scene stereotypes ever conjured on the silver screen, Dan Aykroyd and John Belushi break every road law in their race to pay off taxes and save an orphanage. Driving a retired patrol Dodge Monaco affectionately named the “Bluesmobile” the brothers coolly incur the wrath of the most grand and destructive car chases on film. They are followed by a veritable army of state and federal police forces, a vengeful country band named “The Good Ol' Boys”, and a platoon of dimwitted Neo-Nazis. The scene involved they destruction of nearly 60 vehicles, and even the beloved Bluesmobile, which falls to pieces the moment the Blues Brothers step out of their trusty ride.

Due to state of the art remodeling construction of our current dealership located at 4202 Chiles Rd, our sales department is temporarily relocated. As a courteous gestures to our customers to avoid our construction zone we have moved down the street to 5000 Chiles Road Davis Ca, 95618.Our sales team will rejoin the service department in a new state-of-the-art building by the end of the year. Our telephone numbers will remain the same during our temporary relocation. Please feel free to call and we will help address any inquiries.

What does this mean to you?

Because our new location has limited space and we cannot reduce the amount of new car deliveries, we must move cars out as fast as possible. As a result we are offering customers outstanding deals including 0% APR financing on select models.

We apologize for any inconvenience and thank you for your understanding.

How to Safely Dispose of Motor Oil


Motor oil is a tricky thing to dispose of. Many people have heard horror stories of oil disposal gone bad. Motor oil is very toxic and damaging to the environment. Even a small quantity of oil in our water systems can cause a lot of damage.

It is important to abide by the law and dispose of your oil safely and legally.

So, where are how are you supposed to dispose of this stuff?

Here is a clue: It is not your drain or trash can!

Motor oil can actually be recycled and used again.

Place your oil in a sealed container and take it to a toxic waste disposal center. There are also Certified Collection Centers that can accept oil for recycling.

Make sure your oil is not contaminated with other materials like antifreeze, gasoline, or water. If you attempt to bring contaminated oil to a recycling center, it will be rejected.

Help the environment and those around you by safely disposing of your motor oil.

Here is a quick video on how to check your oil!
Posted by Hanlees Auto Group

How to Get Better Mileage

Gas is expensive. Yes, there are ups and downs, but the only real way to save money with gas is to use it efficiently. Not all of us can afford a brand new super fuel efficient hybrid, so we will have to make do!

Here are some tips to get you started:
Drive more efficiently: Avoid rapid acceleration and deceleration. Your car is going to burn more fuel when accelerating so be as gentle as possible. Each car with reach its maximum fuel economy at a different speed or range or speeds. However, mileage can decrease rapidly at speeds greater than 55 mph. Remove unnecessary items from your car to reduce weight. Avoid idling your car. If you are parked, turn off your engine.

Keep your car in shape: Follow the maintenance guidelines for your car. Keep your tires properly inflated. They are safer and last longer that way!

Don't top off your tank and make sure your gas cap is tight.

Choose a more efficient vehicle. While most of us can't just run out and buy a new car, we can keep these things in mind when we go to purchase our next vehicle. Choosing a car that is more fuel efficient can save you hundreds of dollars a year. There are many affordable options for fuel efficient cars!


Visit Our Site!
Check Out Our Youtube Channel!
Posted by Hanlees Auto Group

What to Keep in Your Glove Compartment 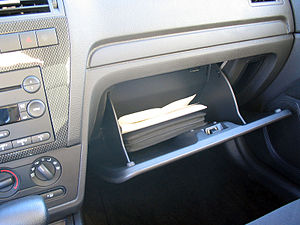 What should you keep in your glove compartment?